Today we wanted to discuss how we use the Fastlane automation mobile app deployment tool and how it may help you with your mobile app business. 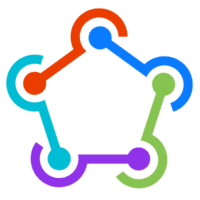 What the hell is Fastlane Automation and why do I need it?

Fastlane automation is an automation tool for iOS and Android mobile apps. It makes developer’s lives easier and more capable of handling larger, higher quality projects. Here at Edibu, we LOVE Fastlane and the help it provides to our development pipeline and continuous integration cycle. Please take a few minutes to view our video about how we use and how we may think it’ll help your mobile app development business create faster, higher quality code, while providing a more polished product in the end. This is the same tool we use to build / deploy all of our personal apps such as BowlSheet® as well as all of our client apps such as Transaction Data Systems Inc. Rx30 Mobile Apps.

Automate your development and release process

Easily publish new beta builds to testers so you can get valuable feedback, fast.

Publish your app with the push of a button

We love to discuss anything development or multimedia related. Have an topic you’d like Dave and I to discuss? Let us know! Send us your questions or topics and we’ll discuss it ASAP.

I Want You To Discuss A Different Topic!